A male priest of the Episcopal Church is appropriately called “Father” for many reasons — all historical and practical. 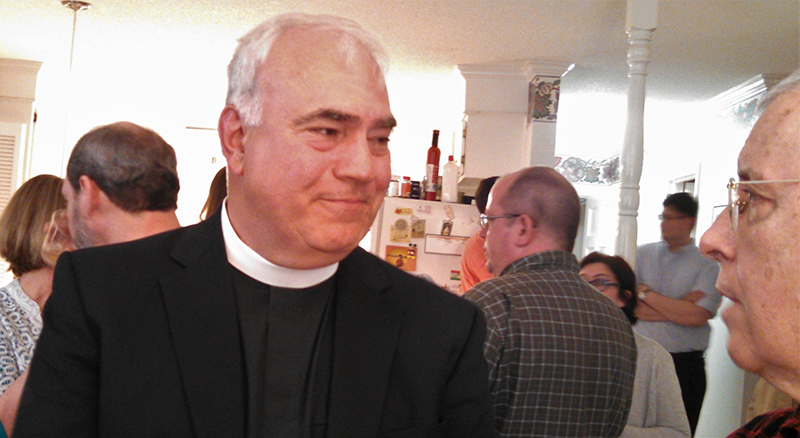 Several centuries before the Reformation in England, many of the parishes were governed by priests who were also “priests regular” — monastic priests who lived according to monastic rule: they were all called Father: but the monastic influence waned, and “priests regular” were replaced by “priests secular” — priests who were not monks and who did not live according to monastic rule. The people were unable to tell the difference and continued the custom of calling the parish priest “Father.” and nobody could stop them: so. As she often does, the Church finally conceded the custom. Hence, the use of the title derives from the habit of the people, rather than from any law or ruling of the Church.

A priest should be called by an intimate title, but not a flippant one: “Father” is intimate but not flippant; the title also avoids the formality of “the Reverend James Jones,” the presumption of “Jim,” and the impropriety of just plain “Reverend.” Furthermore, calling a priest “Father” teaches all who say or hear the title that the parish is a family and reminds both priest and people of their heavenly calling and spiritual relationship.

THE VEN. FREDERICK C. BYRD
From The Piedmont Churchman