Music in The Church of the Good Shepherd pays respect to the Anglo-Catholic tradition of what many refer to as “high Mass,” which simply means that the ancient traditions of singing portions of the Mass are observed.

In this 21 st century we strive to balance the styles within the contents of the publications of the Episcopal Church. We employ music of living composers as well as many from the Catholic and Protestant traditions.

The organ and choir lead the music. Significant are in the inclusion of Psalms being sung, the Alleluia and Verse, and an Offertory Antiphon as the congregation receives the incense. The rector sings the appropriate portions of the Great Thanksgiving (historically the Canon of the Mass).

The Ordinary of the Mass is chiefly congregational, chosen from the Hymnal 1982. Occasionally the Ordinary is a sung setting by the choir. Choral literature for anthems varies from the Renaissance to the 21st century.

The Parish Choir contains talented parishioners as well as choral scholars, with rehearsals on Wednesdays and an hour before the liturgy on Sunday. Volunteers are always welcome after a conversation with the Parish Musician, who spells out the responsibilities of a member of the Parish Choir.

Hymns always relate to the Bible lessons assigned for the day, and choral music complements the themes of the day. At all times the reason for the use of music in our Masses is to worship God.

Worship is the primal and eternal activity of redeemed mankind.
Canon Winfred Douglas 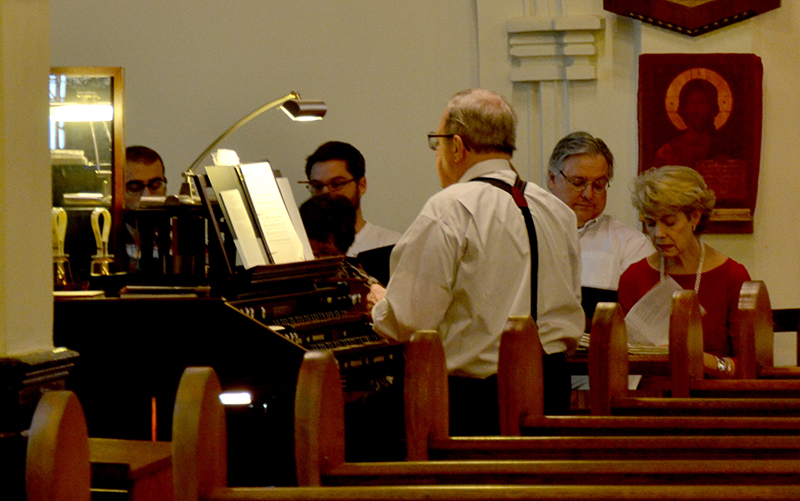