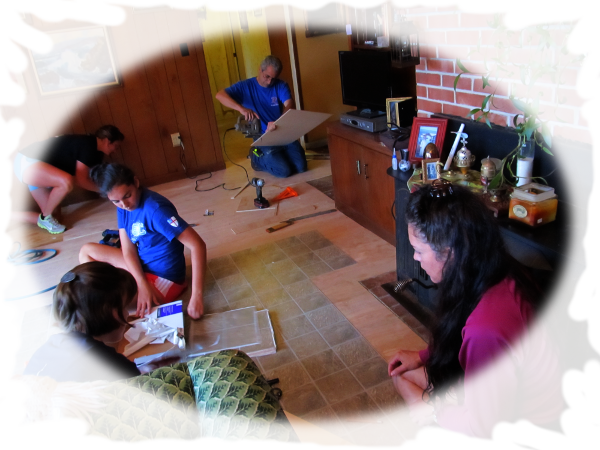 VALLE CRUCIS , N.C. -- Lady Jane moved to the North Carolina mountains when she was looking for a change and someone kept leaving a copy of the Blowing Rock newspaper on her stoop. She considered it providence, and over the next 30 years she settled in, made friends and helped found an Orthodox Church mission in nearby Boone.

As she advanced in years, the one-time socialite whose second husband was knighted by the Ecumenical Patriarch of the Eastern Orthodox Church found herself turned into what she refers to as "the impoverished gentility." As she grew unsteady on her feet and no longer could drive, the stunning vistas and solitude that had been such a welcome change from her cosmopolitan life gave way to isolation. Today, she refuses to use her wheelchair, says she is able to get around with a cane because she's too stubborn not to and is convinced that God still has work for her to do.

But little things have become challenging, even dangerous. Like the dilapidated floor in the living areas of her mountaintop home, with its cracking and peeling vinyl just waiting to catch the edge of a shoe and send her tumbling.

Last week, while most of their peers were luxuriating in those first magical days of summer vacation, two high school students, two college students, a carpenter from Bethlehem and I laid a new floor for Lady Jane. (She quite properly insisted that it was no longer appropriate to call her Lady Jane, and I quite petulantly insisted that we would call her that if we pleased.)

"Last week, while most of their peers were luxuriating in those first magical days of summer vacation, two high school students, two college students, a carpenter from Bethlehem and I laid a new floor for Lady Jane."

While most teenagers were sleeping late and staying up later, these four and 22 others from Columbia, Aiken and Charleston were crawling out of bed for a morning prayer service at 7 and, after evening services in the medieval-style church at our compound, minding the nonnegotiable 10 p.m. lights out.

In that, they were no different from the hundreds of other youths and adults from South Carolina, North Carolina, Georgia and Louisiana who participate in a Home Works mission project every year, or the thousands more who participate in similar programs across the state and nation. Last year, 1,747 volunteers repaired 147 homes through the Columbia-based ministry. Since Home Works was founded in 1996, more than 25,000 people have volunteered to help more than 1,700 homeowners, repairing roofs and floors and walls, building wheelchair ramps, painting, doing yard work, installing smoke detectors and making electrical and plumbing repairs.

Home Works' mission is to "show God's love for all through service to others and to assist others in their faith journey" by "providing home repairs to homeowners in need, assisting youth in their development and empowering communities to meet the needs of its members." Materials cost an average of $2,000 per home, and nearly 98 cents of every dollar donated to the organization goes to program costs.

Most volunteers work in their hometowns (two sessions were held last week in Columbia), but some volunteer for a two-week work trip to Peru and weeklong events on James Island and at a former Episcopal monastery and school at Valle Crucis, just outside Boone.

The Rev. James Lyon IV has been leading the Valle Crucis work trip and predecessor trips into other parts of the Appalachians for 28 years, the past 21 as rector of the Church of the Good Shepherd in Columbia, which provides generous financial support and most of the adult volunteers.

This year, our ecumenical group of traditional and Anglo-Catholic Episcopalians and Roman Catholics had 14 adult volunteers: Fr. Lyon, the Rev. Joseph Whitehurst of St. Thaddeus Episcopal Church in Aiken, the youth leaders from St. Thaddeus, St. Joseph Catholic Church in Columbia and Stella Maris Roman Catholic Church on Sullivan's Island, a nurse, an electrician, a cabinetmaker/carpenter, a skilled handyman, two people who are helpful with repairs, the mother of a camper, a Latin teacher and me.

Everyone has a different reason for volunteering the first time. Some on the work trips simply want to get away from their parents for a week. Many participate because their friends do, or because their youth group is involved or their parish has a strong tradition of participation. Some are drawn to service or have service requirements at their schools.

They come back - and the vast majority do come back, at least on our trip - because they were touched in some way by the experience. By the friends they made and the fun they had, by the Christian fellowship, by the sense of community that enveloped them, by the satisfaction of helping others, of following Christ's directive that we love our neighbors as ourselves.

On Friday, one of the boys urged everyone to find a way to continue sharing that love by being kind to and helping people after they left this cloistered community and returned home.

The next morning, before we left, one of the girls told her new friends that they could look at the experience as "going a week without our phones, getting up in the cold, being away from a lot of our friends, or we can think about how much we mean to the people we serve."

She made hummus and baba ghanoush for Tawfiq Hodaly, the carpenter from Bethlehem and operations manager for St. Joseph with whom I have been paired on all five of our work trips. She gave me her copies of the Book of Common Prayer, printed in 1908, 1929 and 1945, and an Episcopal hymnal printed in 1892. She invited Kati, Abi, Sabrina and Conner to split up her 1906 set of the complete works of Shakespeare.

And like so many of the people we serve through these projects, she enriched our lives every bit as much as we did hers. 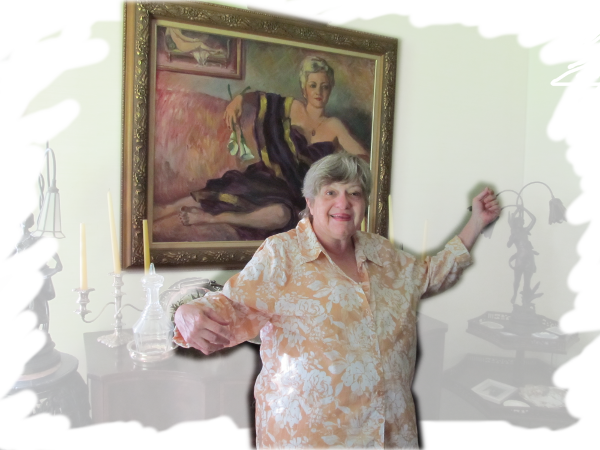 Lady Jane in 2012 in front of a painting of younger self.